The company was founded in Cambridgeshire in May 1987 by Malcolm Brown and Jim Daintith. APS merged with replacement parts specialist IPS in 2013, forming IAPS Group.

Steve Couling, Managing Director of IAPS Group, said: “Vertikal Days is the perfect setting for us to kick start the 30th anniversary celebrations for APS.

“The company’s success is down to its long-lasting relationships, with both customers and suppliers. The entire industry will be at Silverstone so it’s a great place for us to catch up and mark 30 years in business.”

As well as looking back, APS continues to evolve and Vertikal Days will be its first official outing as the new UK distributor for Socage vehicle-mounted booms. They will be joined by a range of Genie booms and scissors, Aldercote van mounts, the innovative Wienold material lifts, and low-level access platforms from Youngman BoSS.

The APS stand will also include a Formula 1 driving simulator, with the driver clocking the fastest lap winning a track day at Silverstone. And it will be home to its sister company, replacement parts specialist IPS.

In addition, Silverstone will be the venue for the UK debut of the latest tracked boom from Hinowa. The Lightlift 13.70 is a 13m articulating boom mounted on Hinowa’s popular crawler chassis. The smallest and lightest boom in Hinowa’s Lightlift range, it is designed for applications such as working on housing and other two storey buildings.

The 13.70 will be joined by the recently-released Hinowa Lightlift 15.70, as well as the 17.75 and 20.10 Lithium models. Hinowa will also display its new secondary guarding system. This optional extra is designed to prevent the operator from being crushed against the controls by an overhead obstacle.

Other show highlights include Outriggerpads, a leading UK supplier of crane mats and spreader plates. The company will be showcasing its latest innovations, including a new range of ground mats.

Vertikal Days takes place at Silverstone on 24th and 25th May. Visit Hinowa on stand 210, Outriggerpads on stand 510, and APS and IPS on stand 209. 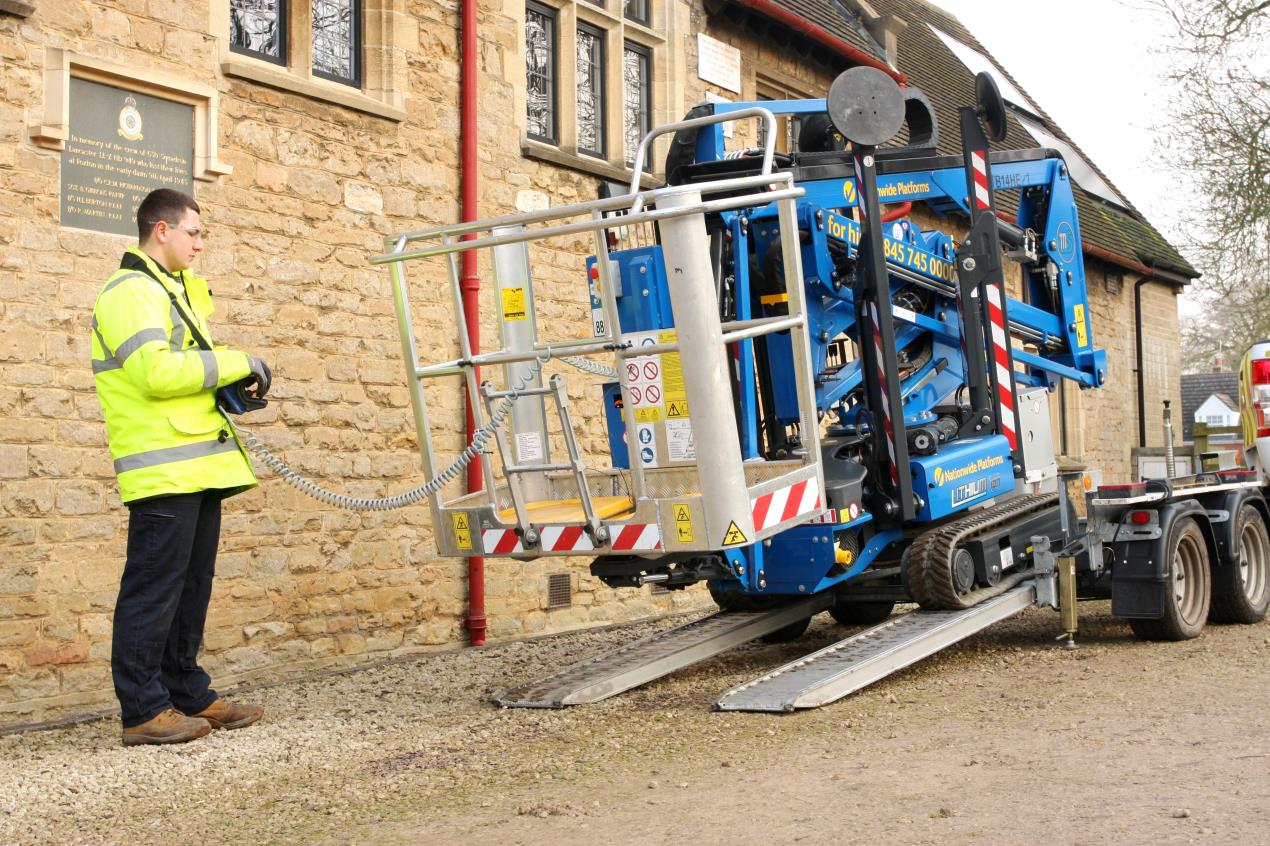 Nationwide Platforms will have a boom on the Hinowa stand.